My friend Tony asked me if I would be interested in some scrap oak that was purportedly to be Frank Lloyd Wright’s desk. He said that it had been stored in a barn with a leaking roof for decades and was completely ruined and parts were missing.  “It would make some good firewood if you’re interested” he told me.  Although I knew it was not one of his designs, my visions of a Prairie style masterpiece awaiting some loving restoration were quickly dashed when I saw that it really was a pile of musty worm eaten scrap oak.  It consisted of parts that looked like a modest utility grade oak desk possibly from the early part of the 20th century.  There was nothing really salvageable about it, but still there was the enigma that it could be the hallowed oak desk that Frank Lloyd Wright actually worked on at some point in his career. There is a shred of credence since there is a house in Mount Vernon that is known to be the work of one of his sons or students.

So what do I do with the remains of the master’s desk?  Is it imbued with some sort of magical spirit or is it just firewood?  A few of the pieces are worth saving, perhaps to be used somehow in the future, but for the most part, it was just firewood. 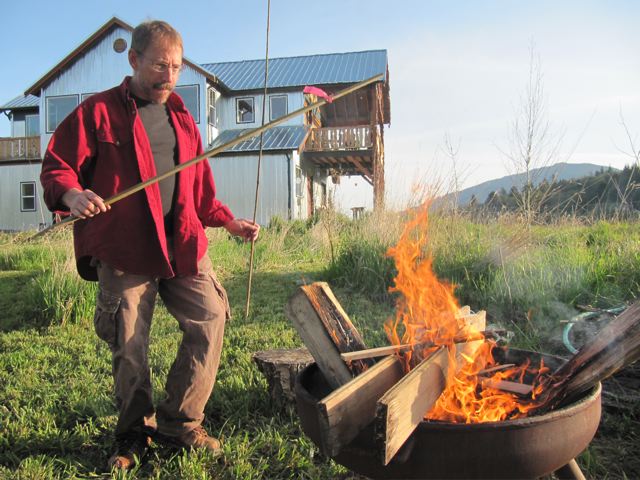 My friend Jack expertly arranged the pieces along with the oak kindling scraps from my clockworks. It lit quickly and provided a most wonderful bonfire for the first warm evening of the new year.  I feel that maybe some of the old master did get released that night into the warm spring air as the sweet smoke filled my lungs and perfumed my clothes.

Sometimes the best way to hold onto something is let go of it.  The desk is gone but Wright’s legacy is alive and present among us in his work which has forever changed our landscape and the way we see things.  The musty old desk has nothing to do with it.

It was much later that evening when we heard that bin Laden had been killed.  I was startled at first being jarred back into the reality of our present day.  It was over the following days that I understood the magnitude of this cathartic event for our country.  Even though the realities of our everyday life won’t change much at all, it feels as though a monumental shift is in place.  The first decade of our new millennium has been shrouded in a fear that has affected the way we live.  Perhaps now we can get on and embrace the new realities of the 21st century that we now live in.  We learn from the past and bring the best of it with us into the present.  It is what got us to where we are now and we will continue to go on from this moment on.   The past is gone, everything has changed and anything is possible. 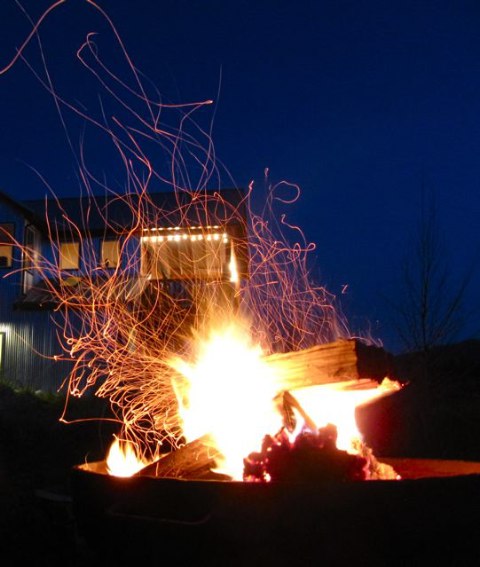 Posted in Uncategorized | Comments Off